Pension fund panic led to Bank of England's emergency intervention: Here's what you need to know

CNBC
Share on FacebookShare Share on TwitterTweet
The Bank of England on Wednesday launched a historic intervention to stabilize the U.K. economy.

The Bank of England on Wednesday launched a historic intervention in the U.K. bond market in order to shore up financial stability, with markets in disarray following the new government's fiscal policy announcements.

LONDON – The Bank of England launched a historic intervention to stabilize the U.K. economy, announcing a two-week purchase program for long-dated bonds and delaying its planned gilt sales until the end of October.

The move came after a massive sell-off in U.K. government bonds — known as "gilts" — following the new government's fiscal policy announcements Friday. The policies included large swathes of unfunded tax cuts that have drawn global criticism, and also saw the pound fall to an all-time low against the dollar on Monday. 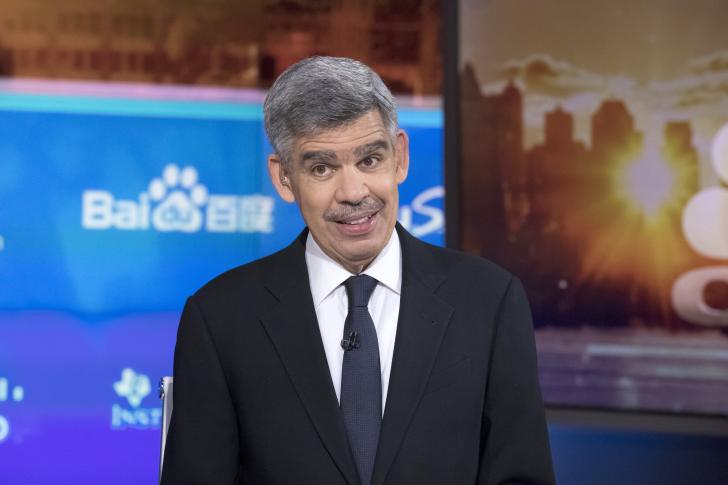 The decision was taken by the bank's Financial Policy Committee, which is chiefly responsible for ensuring financial stability, rather than its Monetary Policy Committee.

To prevent an "unwarranted tightening of financing conditions and a reduction of the flow of credit to the real economy," the FPC said it would purchase gilts on "whatever scale is necessary" for a limited time.

Central to the Bank's extraordinary announcement was panic among pension funds, with some of the bonds held within them losing around half their value in a matter of days.

The plunge in some cases was so sharp that pension funds began receiving margin calls — a demand from brokers to increase equity in an account when its value falls below the broker's required amount.

Long-dated bonds represent around two-thirds of Britain's roughly £1.5 trillion in so-called Liability Driven Investment funds, which are largely leveraged and often use gilts as collateral to raise cash.

These LDIs are owned by final salary pension schemes, which risked falling into insolvency as the LDIs were forced to sell more gilts, in turn driving down prices and sending the value of their assets below that of their liabilities. Final salary, or defined benefit, pension schemes are workplace pensions popular in the U.K. that provide a guaranteed annual income for life upon retirement based on the worker's final or average salary.

In its emergency purchase of long-dated gilts, the Bank of England is setting out to support gilt prices and allow LDIs to manage the sale of these assets and the repricing of gilts in a more orderly fashion, so as to avoid a market capitulation.

The Bank said it would commence buying up to £5 billion of long-dated gilts (those with a maturity of more than 20 years) on the secondary market from Wednesday until Oct. 14. 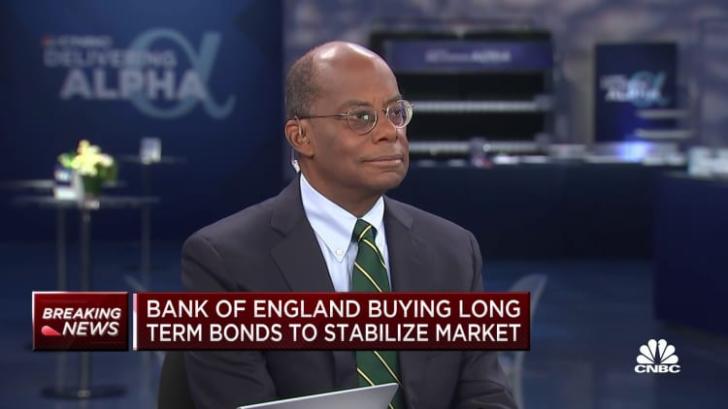 The expected losses, which could eventually take gilt prices back to where they were before the intervention, but in a less chaotic manner, will be "fully indemnified" by the U.K. Treasury.

The Bank retained its target of £80 billion in gilt sales per year, and delayed Monday's commencement of gilt selling — or quantitative tightening — until the end of October. However, some economists believe this is unlikely.

"There is clearly a financial stability aspect to the BoE's decision, but also a funding one. The BoE likely won't say it explicitly but the mini-budget has added £62 billion of gilt issuance this fiscal year, and the BoE increasing its stock of gilts goes a long way towards easing the gilt markets' funding angst," explained ING economists Antoine Bouvet, James Smith and Chris Turner in a note Wednesday.

"Once QT restarts, these fears will resurface. It would arguably be much better if the BoE committed to purchasing bonds for a longer period than the two weeks announced, and to suspend QT for even longer."

A central narrative emerging from the U.K.'s precarious economic position is the apparent tension between a government loosening fiscal policy while the central bank tightens to try to contain sky-high inflation. 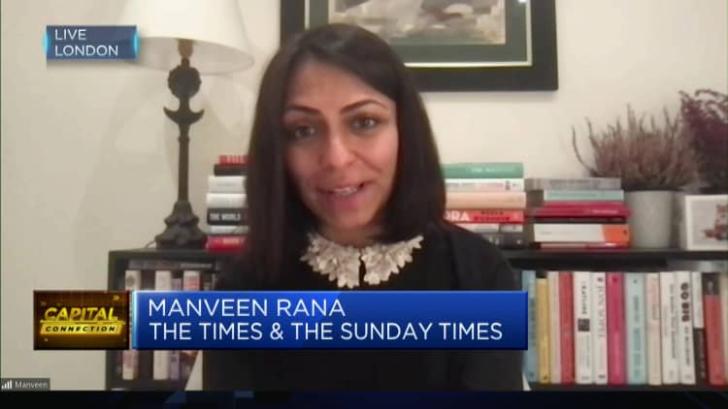 "Bringing back bond purchases in the name of market functioning is potentially justified; however, this policy action also raises the specter of monetary financing which may add to market sensitivity and force a change of approach," said Robert Gilhooly, senior economist at Abrdn.

"The Bank of England remains in a very tough spot. The motivation for 'twisting' the yield curve may have some merit, but this reinforces the importance of near-term tightening to guard against accusations of fiscal dominance."

The Treasury said Wednesday that it fully supports the Bank of England's course of action, and reaffirmed Finance Minister Kwasi Kwarteng's commitment to the central bank's independence.

Analysts are hoping that a further intervention from either Westminster or the City of London will help assuage the market's concerns, but until then, choppy waters are expected to persist.

UBS does not expect the Bank to budge on this, but is now forecasting an interest rate hike of 75 basis points at the November meeting, but Turner said the risks are now skewed more toward 100 basis points. The market is now pricing a larger hike of between 125 and 150 basis points. 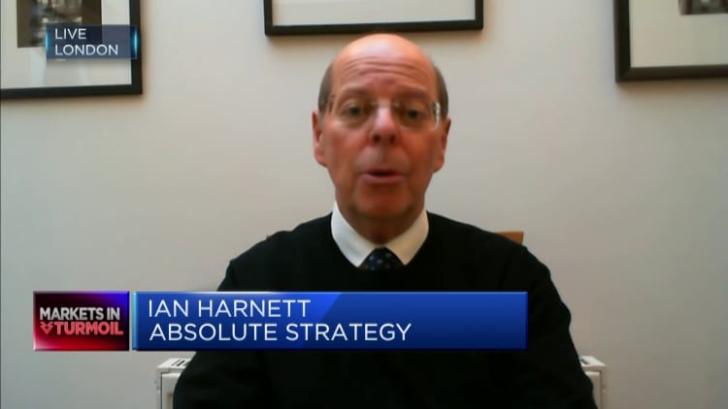 "The second thing to watch will be changes to the government's position. We should be in no doubt that the current market moves are the result of a fiscal event, not a monetary one. Monetary policy is trying to mop-up after the milk was spilt," Turner said.

The Treasury has promised a further update on the government's growth plan, including costing, on Nov. 23, but Turner said there is now "every chance" that this is moved forward or at least prefaced with further announcements.

"If the chancellor can convince investors, especially overseas ones, that his plans are credible, then the current volatility should subside. Anything less, and there will likely be more turbulence for the gilt market, and the pound, in the coming weeks," he added.

What now for sterling and gilts?

"Both the strong dollar and doubts about UK debt sustainability will mean that GBP/USD will struggle to hold rallies to the 1.08/1.09 area," they said in Wednesday's note.

This proved the case on Thursday morning as the pound fell 1% against the greenback to trade at around $1.078.

Bethany Payne, global bonds portfolio manager at Janus Henderson, said the intervention was "only a sticking plaster on a much wider problem." She suggested the market would have benefitted from the government "blinking first" in the face of the market backlash to its policy agenda, rather than the central bank. 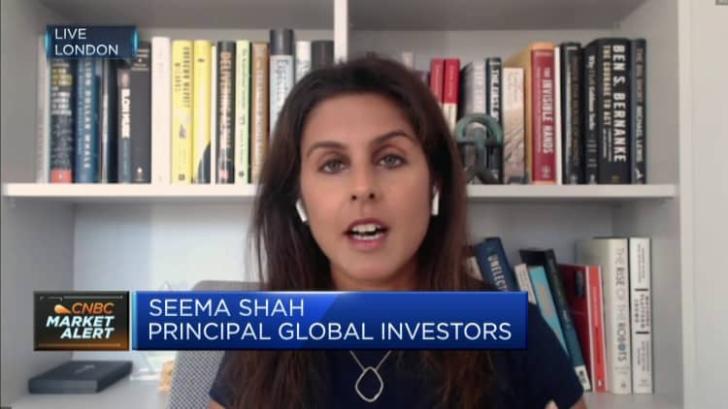 "With the Bank of England buying long-dated bonds, and therefore showing willingness to restart quantitative easing when markets become jittery, this should provide some comfort to investors that there is a gilt yield backstop," Payne said.

Coupled with a "relatively successful" 30-year gilt syndication on Wednesday morning, in which total interest was £30 billion versus £4.5 billion issued, Payne suggested there was "some comfort to be had."

"However, raising bank rate while also engaging in quantitative easing in the short run is an extraordinary policy quagmire to navigate, and potentially speaks to a continuation of currency weakness and continued volatility."