Belgium vs Russia result: Lukaku double gives Martinez's side the win in Euro 2020 Group B fixture

The Athletic
Share on FacebookShare Share on TwitterTweet
In the absence of captain Eden Hazard and Kevin De Bruyne, Romelu Lukaku powered Belgium to a 3-0 victory over Russia in their opening match of Euro... 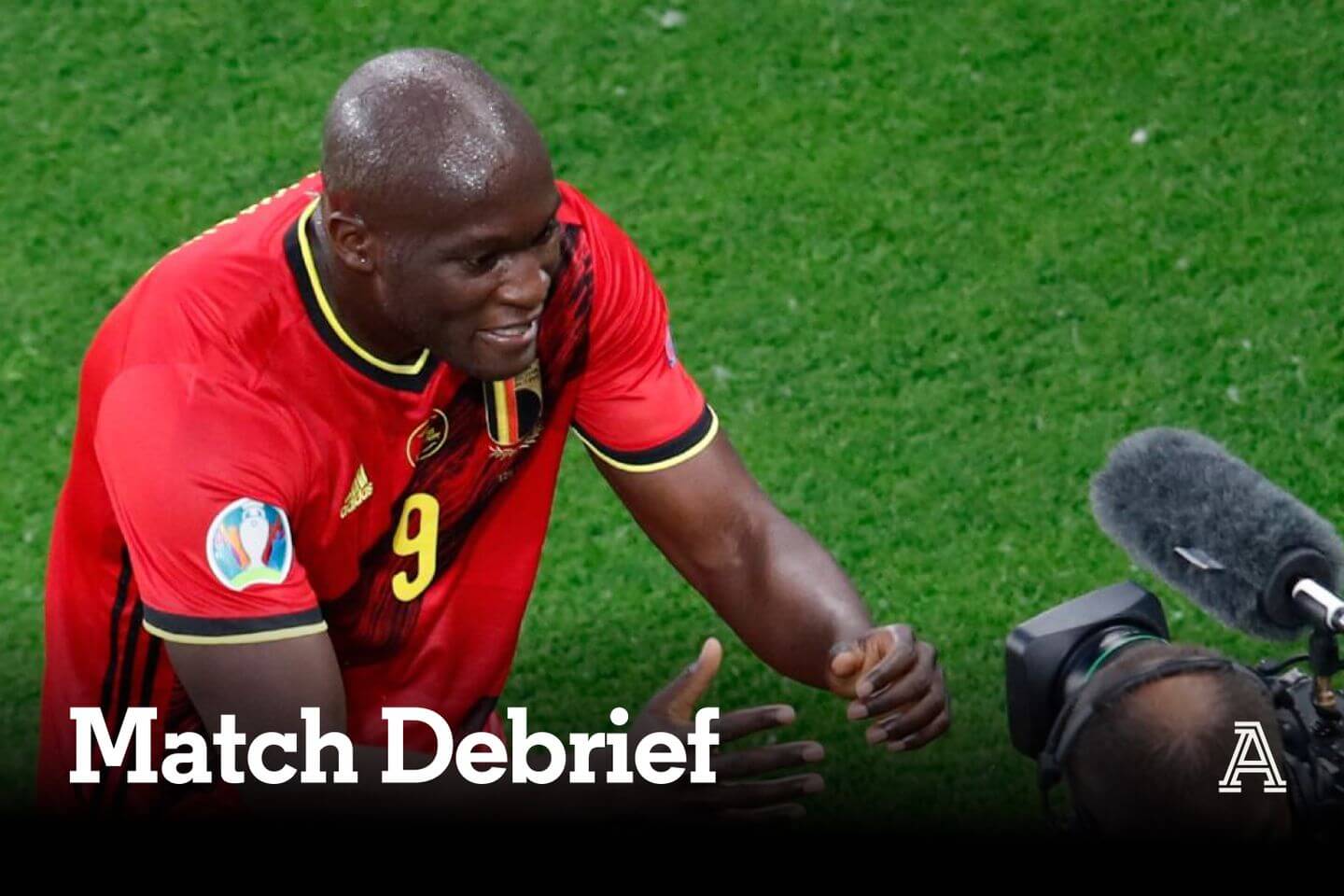 Although there was controversy over whether his goal should stand, Lukaku’s celebration — a touching tribute to his Inter Milan team-mate Christian Eriksen — will live long in the memory.

After Lukaku opened the scoring in typically pinpoint fashion, the striker ran to the camera and said: “Chris, Chris, I love you.”

Lukaku’s message to Eriksen, who had earlier collapsed in Denmark’s match against Finland, was a reminder that some things are bigger than football.

Player of the match

Lukaku is an easy choice here. Belgium’s all-time top-scorer bookended a fantastic opening performance for his side and showcased why he is one of the world’s top strikers.

Credit too to Thorgan Hazard — a very sharp performance from the Dortmund man in his unorthodox wing-back role that he often occupies for his country.

“I had a lot of tears before the game,” Lukaku told Belgian outlet Sporza.

“It was difficult for me to focus. Other players were affected too. I’m going to contact him. I read that he’s out of danger. I hope he’ll be in good health soon. I am happy with the victory, but my thoughts are with Christain (Eriksen).”

What does this mean?

Not-so-dark horses Belgium must be taken seriously at the European Championship.

Although Russia lacked the impetus they had at the World Cup three years ago, Belgium were very impressive without looking at their best and two of their best players didn’t even start the match.

Russia, however, will be buoyed by Denmark’s surprising defeat to Finland — with second place in Group B very much up for grabs. Stanislav Cherchesov’s side can take a huge step towards qualification if they beat Finland in their next match.

Lukaku has been directly involved in 26 goals in his last 19 matches for his country. 19!

The 28-year-old has scored 22 and assisted four, as he has taken his Belgium tally to 62 strikes in 94 matches.

Belgium will face Denmark in their second group game on June 17 in Copenhagen before flying back to Saint Petersburg to play Finland on June 21.