Sportsnet.ca
Share on FacebookShare Share on TwitterTweet
Scheifele, a long-serving alternate captain and powerful voice in the Jets’ room, was given a tip by Wheeler that changes may be afoot, and new head coach Rick Bowness gave him a call early Friday to relay the news before the club issued a statement.

HENDERSON, Nev. -- Mark Scheifele was stunned Friday morning to hear that his close friend, Blake Wheeler, had been stripped of the Winnipeg Jets’ captaincy.

“I was definitely shocked. Didn’t see it coming,” Scheifele told Elliotte Friedman and Jeff Marek during a recoding of the 32 Thoughts podcast.

“Blake’s a really good friend of mine, and I just want to be there for him and for the team.”

Scheifele, a long-serving alternate captain and powerful voice in the Jets’ room, was given a tip by Wheeler that changes may be afoot, and new head coach Rick Bowness gave him a call early Friday to relay the news before the club issued a statement. 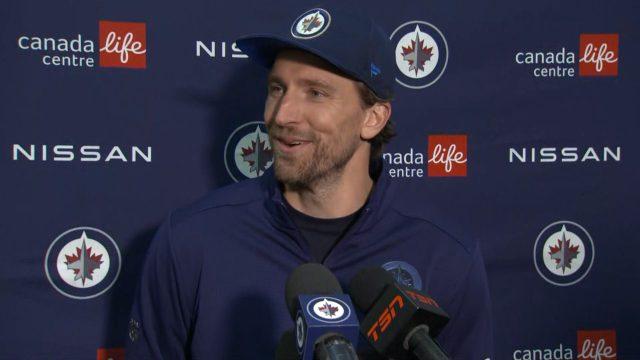 “It is the determination of the coaching staff that we will enter the 2022-23 season without a specific captain, but rather a group of assistants still to be determined," Bowness said in the release.

"It is our goal to expand the leadership base within our hockey team. We have high expectations for our core players and we want to provide them with the opportunity to step into those greater leadership roles as a group."

When Scheifele returns from his duties at the Players Media Tour near Las Vegas, he’ll take part in a Jets weekend getaway before training camp opens next week.

Certainly, there will be plenty for the players to discuss.

“He’s been a guy that I've looked up to, that I've learned a lot from, that I've grown with over my 10 years in Winnipeg ... Blake's been the leader of this team for so long.”

Scheifele said he did not volunteer to take over the captaincy, as he has too much respect for Wheeler. But letter or no letter, he wants to help rally a disorganized group that missed the playoffs in 2022 for the first time in five years.

“I definitely look at myself as a leader. I think we have a lot of leaders on our team. I think me and Josh [Morrissey], we're younger. We have a little bit of a different voice, so I think this gives an opportunity for other guys to step in, and I think it's not just going to be one or two guys. I think it has to be a collective.” 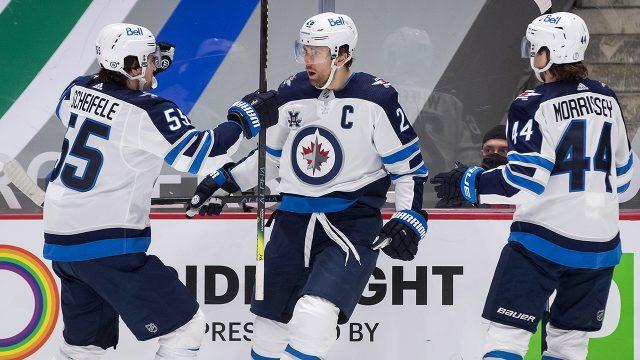 Scheifele named Nikolai Ehlers, Kyle Connor, Connor Hellebuyck, and Adam Lowry as other core members of “a really tight-knit room” that can help lead the group back on track.

“We have so many guys on this team that have big voices. It's not it's not a matter of one guy. It's a matter of everyone doing it together and everyone being on the same page,” Scheifele said. “I think that's how this team's gonna have to be led.”

After the Jets were eliminated from playoff contention in spring, Wheeler said he took responsibility for the disappointing season.

“Well, I think I would have to take responsibility for that. It’s been my job to build the culture here and I’ve taken a lot of pride in that over the years,” said Wheeler. “I certainly look in the mirror on that one, and where we’ve gotten to, the team that we were and the team that we are now – I don’t hide from that at all. I certainly take the responsibility for where this team sits.

"Hopefully, we have a locker room full of guys doing the same thing. Like I said, I’ve tried to build this into something we can be proud of, something that can be a championship level every year. And when you fall short of that you’ve got to take responsibility for it.” 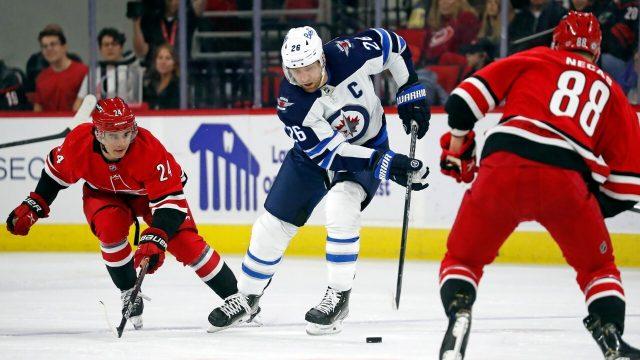 Scheifele publicly questioned the direction of the Jets after the campaign and had a two-hour meeting with GM Kevin Cheveldayoff during which he asked for clarity on the organization’s plans.

Scheifele — who has two more seasons on his contract — says he did not request a trade, however.

“I was obviously very frustrated with the year and the way things panned out,” he said.

“So I was very honest at the end of the year. Maybe a little too honest in terms of talking to the media.

“I was frustrated with the year, so obviously when anger and emotion gets you, then it's something that you get you fired up.

“I feel like I'm in the prime of my career, and I want to be a part of a winning team.”