2020 French Open: What to Watch on Monday

The New York Times
Share on FacebookShare Share on TwitterTweet
Serena Williams sets off on her quest for a 24th Grand Slam title and Dominic Thiem looks to capitalize on his momentum after winning the United States Open. 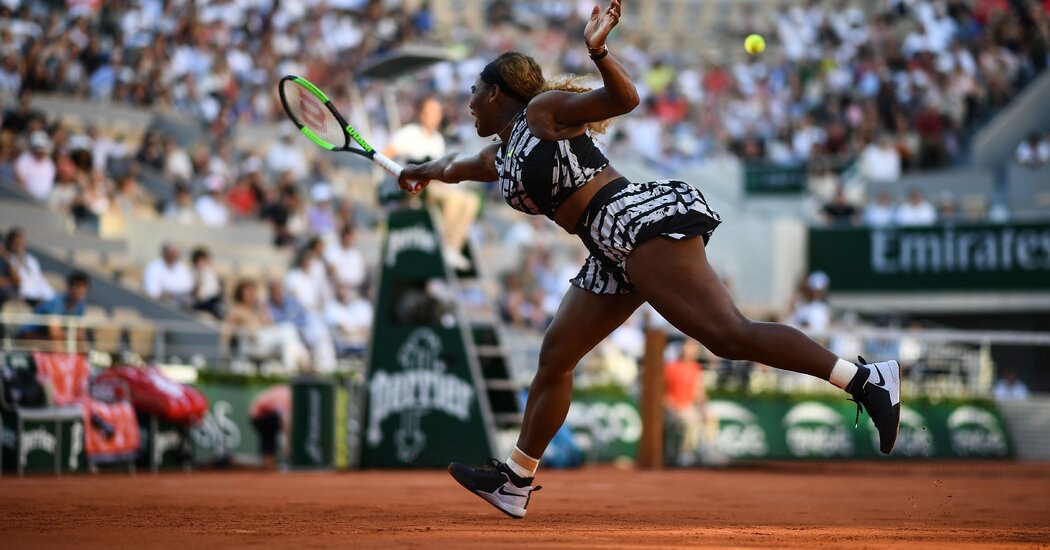 The twists of fate that determine tournament draws can seem quite cruel at times. Dominic Thiem and Rafael Nadal, who have faced each other in the past two French Open finals, are in the same half of the draw this time. Both start their campaigns on Sunday, with Nadal seeking his 13th French Open title and Thiem hoping to win his second consecutive Grand Slam tournament. But even without looking that far into the tournament, there are plenty of first-round matchups that seem as if they shouldn’t have happened until the third round at least.

Here are some matches to keep an eye on.

Because of the number of matches cycling through courts, the times for individual matchups are, at best, a guess and are certain to fluctuate based on the times at which earlier play is completed. All times are Eastern.

Serena Williams, chasing a record-tying 24th Grand Slam singles title, is least comfortable on the red clay of Roland Garros — she has won only three of her major titles there. (Although it is a testament to her abilities that a tournament at which she has won titles can be considered weaker ground.) In the past three years, she has at least made it to the finals of each of the other Grand Slam events, but she has not made it past the fourth round at Roland Garros since 2018.

At the United States Open this year, she seemed to leave every ounce of her energy on the court. Williams’s frustrations and ecstasies during her matches were broadcast as if to inform viewers that winning is not a straightforward process but a struggle that even one of the sport’s greats must grapple with every day. Now, she’ll face a familiar challenge on her path to victory in Kristie Ahn, a fellow American.

Gaël Monfils, the eighth seed, is unparalleled in his ability to entertain. An extremely athletic player, his pace allows him to sustain long points, and his use of circus shots is unique not just in variety but in frequency. Underlying the showmanship is a player who, on his best day, is capable of standing toe to toe with the world’s best. Although a regular in the second week of Grand Slam events, he has lost two matches in the lead-up to Roland Garros, and he will need to get up to speed quickly if he’s going to have a good result.

Alexander Bublik, ranked 56th in the world, is best known for his serving ability. Many opponents tend to step back from the baseline to give themselves time to return it. But in a simple yet unorthodox counter, Bublik has taken up hitting low underarm serves sporadically, not only forcing his opponents to deal with an unusual ball, but making them shift their overall return positioning to be more to his liking. This strategy has drawn some ire from opponents, but there is nothing illegal or unsporting about it, and in a clay-court era defined by players like Nadal and Thiem, who both stand well behind the baseline, it may help rewrite the playbook.

At the U.S. Open, Thiem became the latest player to win a first major title as he outlasted Alexander Zverev in five sets. Before that, it was Marin Cilic, the winner of the U.S. Open in 2014, who was the latest first-time major champion.

Cilic, who has not reached the final of a Grand Slam tournament since the 2018 Australian Open, has struggled to maintain the high level of play that made him a mainstay in the top 10 from 2014-18. In 2019, he did not even reach the quarterfinal of a Grand Slam, for only the second time since 2012. Cilic will now face the unenviable task of playing Thiem, who is both confident after his performance at the U.S. Open and generally more well suited for clay court tennis.

Thiem has been a finalist at the French Open for the past two years, losing both times to Rafael Nadal. With his victory at the U.S. Open still fresh, Thiem is among the favorites to reach his third Roland Garros final, and, with Nadal having lost in the quarterfinals of the preparatory tournament in Rome, some think Thiem has a strong opportunity to challenge Nadal’s dominance.

Thiem’s defensive game is well suited to clay, and with early reports on court conditions suggesting that this year’s surface at Roland Garros will be faster than in previous iterations, the sudden swing from hardcourts to clay may play into the hands of those who thrived in New York.

Garbiñe Muguruza, the 2016 French Open champion, was returning to her prime, reaching the final at the Australian Open, before the pandemic halted play. She had a disappointing result at the U.S. Open, losing in the second round to Tsvetana Pironkova, but showed upon her return to clay at the Italian Open that she is still on an upswing.

During a run to the semifinals, she beat Victoria Azarenka and Coco Gauff before eventually losing in a tight three-set match against Simona Halep, the top seed at Roland Garros.

Tamara Zidansek, a promising young Slovenian player, has a limited history on the WTA Tour, but at the lower levels of professional tennis, her greatest successes have come on clay courts. She is the two-time reigning champion of the Bol Ladies Open, hosted in Croatia on red clay, and she won the doubles competition at the Palermo Open alongside Arantxa Rus in August.

Although she is faced with a nearly impossible task, Zidansek can make a good showing for herself. A good performance, even if it is a losing one, may give her the confidence that she can compete with established players on the biggest stages, and help her settle into her ascent on the tour.