The Sun
Share on FacebookShare Share on TwitterTweet
HE is the super-fit, marathon-running and Ironman-completing chef who previously played football for Rangers. But at the age of 55, Gordon Ramsay is finally slowing down — albeit by accident, not d…

HE is the super-fit, marathon-running and Ironman-completing chef who previously played football for Rangers.

But at the age of 55, Gordon Ramsay is finally slowing down — albeit by accident, not design.

The Michelin-starred cook has just had surgery on his knee after falling during a training run in London — and has been diagnosed with arthritis. Naturally, he is typically sanguine about the prospect.

“F*** me,” he says. “I’ve just come off two weeks on crutches, as I had meniscus surgery. I did it running up the hill in Richmond Park, bolting up it. It was f***ing painful.

“And when I got the X-rays back, the doctor said, ‘You’ve got arthritis in your knee’.

“I’d never heard that word in relation to me before. He told me I needed to start slowing down. It was a case of ‘Imagine you’ve got 1.5million steps to run over the next 30 years . . . pace yourself’.

“He showed me pictures, and you just don’t want to hear you’ve got arthritis in your knee.

“I told my mum, though, and she told me to stop being so stupid and to just get on with it. So that was nice.

“I’m a workaholic and training is my release. When lockdown struck I didn’t want to sit there, put weight on and veg out, getting angry with the Government or the Chinese.

“I also have that stern warning of my father dying at 53 (from a heart attack) and I look at my kids and know I can’t leave them rudderless.

“I am slightly scared of stopping but do know I will have to slow down at some stage.”

Telly game show Good luck to any medical team trying to hold Gordon back. Currently he trains for up to two hours a day, in addition to a gruelling 12 hours of work.

For fun he knocks out Ironman events — each one a 26.2-mile run, 2.4-mile swim and 112-mile bike ride — and uses Zwift, an indoor bike system favoured by professional cyclists, to the point of exhaustion.

Unlike most of us, Gordon has been no slug in lockdown. With no time for pesky knee replacements, he has instead been focusing on his latest TV project — which sees him out of chef’s whites and in a suit and tie.

Contestants can win up to £100,000 by answering questions correctly and balancing “gold” bars on a central pyramid. Gordon has already had interest from networks Stateside wanting to format it.

With one commentator laconically suggesting the programme will transform the dad of five from sweary TV chef to sweary TV gameshow host, admittedly the first episode sees Gordon utter his first “s**t” within 43 seconds.

So, how many times does the notoriously fiery chef swear during an average day?

“Around 150,” he muses. “But there is an art in telling someone to f off, and the amount I swear depends on how much dog s**t gets picked up on the Common.

"The BBC has been very supportive, though, and told me that if a naughty little f*** slips out, so be it.”

Gordon didn’t take any acting or presenting lessons prior to filming, but swatted up watching endless hours of The Chase — “Again, when I called my mum to tell her I was hosting it, she said Bradley Walsh was the only man for the job” — and Jeremy Clarkson hosting Who Wants To Be A Millionaire?

He adds: “Jeremy is such a cool, calm, father figure, so funny and smart, while Bradley is just so quick. I studied both of them a lot.”

Of course, the irony of a multi-millionaire with homes in London, Cornwall and Los Angeles hosting a big-money show during a pandemic will not be lost on anyone.

But Covid-19 has hit Gordon hard. Very hard. With the hospitality industry in turmoil thanks to lockdowns one, two and three, he has been forced to take up the Government’s furlough scheme in a bid to save hundreds of jobs nationwide.

Despite this, he has still taken a colossal hit on, well, his own bank balance.

“Lockdowns have caused utter devastation,” he says with a sigh, chatting from his London home.

“Having been through so much with the 2008 financial crash, then terrorist attacks and 9/11, when Covid first hit we all thought it would be over in a couple of weeks. But it’s been long haul.

“It’s been so hard to keep youngsters motivated. I feel pressure to give my younger staff, especially, some hope and the sense we can get out of this.

“There have been so many tears, people at their wits’ end. In December we had £10million- worth of reservations wiped out overnight, and as of March 19 last year to February 3 this year we’ve suffered £57.5million of turnover down.

"I’m in it. Since 1998, when I started, I have always put my money back into the business. I’ve never been greedy. I’ve always been very, very generous.

“I get criticised for being wealthy but the responsibility on my shoulders — the livelihoods at stake — is huge. I feel that pressure enormously and the impact of all this has been devastating and incredibly costly.”

He currently has 18 restaurants across London, with five more due to open once normality returns, as well as a further 17 worldwide.

While his Instagram may look glamorous — think hanging out with good pal David Beckham in LA, exotic trips abroad and endless plates of ridiculously appealing food — Gordon is one of the hardest-working men in showbiz.

And it is this work ethic that he and wife of 24 years Tana have instilled in their kids — psychology graduate Megan, 22, Royal Marine Jack, 21, his twin Holly, who is studying at fashion college, TV host Tilly, 19, and two-year-old mini-Gordon, Oscar (although presumably there is less pressure on him to earn a crust).

Indeed, two of them regularly volunteer at London’s Great Ormond Street children’s hospital, while they all have London Underground passes in place of taxi accounts.

Gordon also refuses to let them have personal trainers, and when he and Tana, 46, fly first class the children fly cattle.

He says: “It’s so important to Tana and I that they stay grounded and motivated.

"The kids use the London Underground, they used to walk to and from school, and when we trained for the marathon and enlisted a trainer, we didn’t give them access — you don’t need a PT when you’re 18.

“For the past four years, they’ve been in and out of Great Ormond Street hospital, helping. They’ve been working — cleaning and just spending time with the kids.

“When it comes to holidays, I told them, ‘Don’t you dare waste that fing money flying first- class to New York. Think what else to do with money’.

"So now they take their own picnics on board and they’re absolutely fine in economy. I mean, what 14-year-old needs to sit in a reclining chair?”

Famously, Gordon and Tana are friends with David and Victoria Beckham, and the two families, including Beckham kids Brooklyn, 21, Romeo, 18, Cruz, 16, and nine-year-old Harper, regularly hang out in non-Covid times.

Gordon and David have even discussed doing a cookery show together. Gordon says: “David’s a real foodie. He’s a brilliant baker. If he had to go on Great British Bake Off, that guy would win hands-down, I promise you now.

“The last thing he cooked for me was a risotto. He picked up these skills in Milan, and now he’s a prolific baker and Harper’s a keen baker too.

"We disappear to Napa (California) for long week-ends and he goes to this little chocolate shop and spends hours decorating the most amazing cupcakes. He has this incredible attention to detail, which you wouldn’t expect.”

Q: Would you rather give up bread or beer?

A: Breast-milk macaroni and cheese . . . I couldn’t swallow it.

A: Putting my wetsuit on with no underpants – the thing got stuck.

Q: Ultimate celebrity dinner party and who would do the cooking?

A: David Beckham would be the chef, Tana and Victoria would be the guests and we’d invite six from each camp, six incredible representatives from the Vegan Society of Great Britain and six Vegetarian Society – and then David would be fed.

A: Does Amazon deliver? I’ve never used Amazon in my life. I promise you now, I’ve never, ever gone on to Amazon and ordered anything in my entire f***ing life.

A: Oh, definitely me. 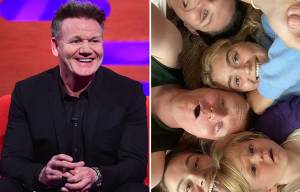 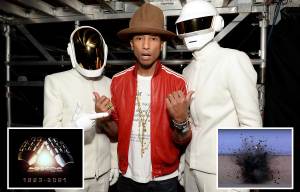 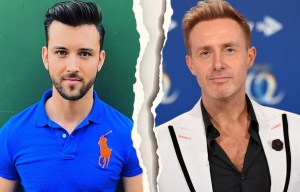 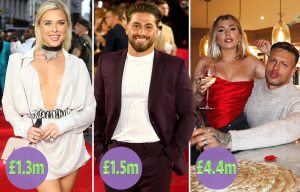 On the subject of celebrity pals, Gordon also struck up an unlikely kinship with US President Joe Biden.

They had dinner together after Barack Obama’s inauguration in 2009, and Gordon plans on inviting the 78-year-old Democrat over for brunch at the family’s holiday home in Cornwall in June, Covid permitting, when the POTUS visits for the G7 summit in nearby Carbis Bay.

Gordon says: “For the first time he’s going to understand how f***ing good a Cornish pasty is.”