TV Insider
Share on FacebookShare Share on TwitterTweet
A selective critical checklist of notable TV on a very busy Thursday.

We’ve been waiting a year, and Lin-Manuel Miranda’s In the Heights is finally here, on the big and small screen. Sensing the TV year is in a state of transition? The rom-com Younger signs off after seven seasons, and ABC’s Rebel packs it in after just one short tryout. In other season finale news, Jean Smart will be back in Hacks and the jury’s still out on Manifest. Cable’s E! reunites casts of fan-favorite TV shows. Dwyane Wade hosts the latest extreme game show, this one taking place inside a talking cube.

This was supposed to be the movie event of last summer, but better late than never. Pushed up a day from its previously scheduled Friday release, Lin-Manuel Miranda’s (Hamilton) exhilarating Tony-winning musical set in the colorful Upper Manhattan neighborhood of Washington Heights makes it to the big screen, simultaneously streaming on HBO Max for the next month. Hamilton alum Anthony Ramos (In Treatment) steps into Miranda’s role of Usnavi, bodega owner and dreamer who introduces us to a vibrant word of song, dance, wordplay and love of life. 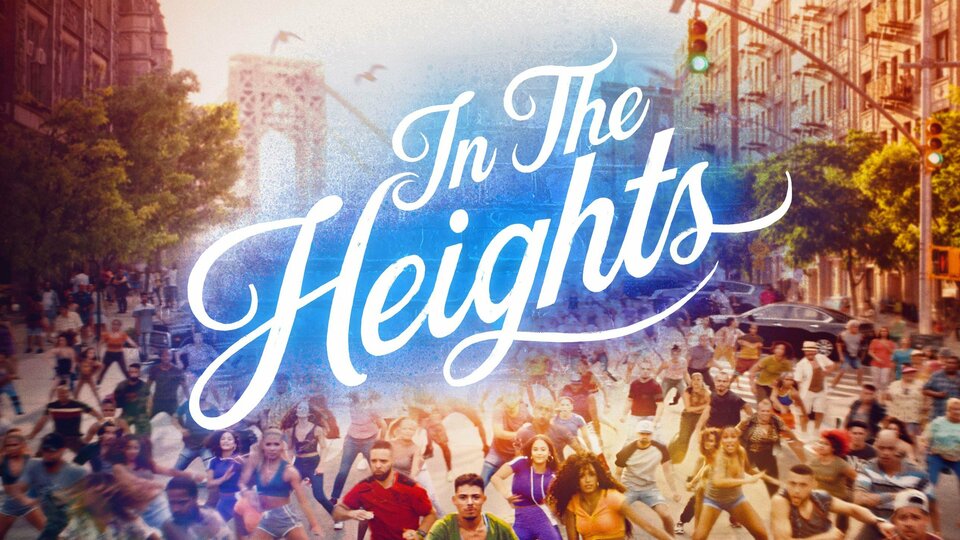 After seven seasons, a rom-com initially built around a lie—Liza (Sutton Foster) pretending to be a millennial to enter the publishing world at 40—reaches its natural conclusion in a 45-minute finale that’s all about facing truths. For Liza, that means clearing the air with boss-turned-lover Charles (Peter Hermann) about everything—although bestie Kelsey’s (Hilary Duff) plans to take her start-up app outside Imperium as it celebrates its 100th anniversary could complicate matters. Relationships also take a turn for Liza’s roomie Maggie (Debi Mazar) and dilettante Lauren (Molly Bernard) before the series reaches its mostly happy conclusion. The final season’s episodes will air on the show’s original cable home, TV Land, later this year.

Jean Smart’s triumphant performance as embattled stand-up comedy legend Deborah Vance hits new highs in the two-part season finale. (Happily, the show was just renewed for a second season, which should have been a foregone conclusion.) As she nervously works up a new self-revealing set for her final performance at Las Vegas’ Palmetto casino, the last thing Deborah needs is for her maddeningly unworthy young creative partner Ava (Hannah Einbinder) to run off, take a meeting in Hollywood with snark-loving producers (including Chris Geere, who seems to be in every other TV show these days) and then lie about it. Will the inevitable blowup cause a permanent rift? See for yourself, but the finale’s best moment reveals that no one’s better than Deborah Vance when it comes to working a room. Any room.

The network may not have given this series, starring Katey Sagal as an unconventional crusader for justice, much of a chance before canceling it during its first season. But they’re giving Rebel quite the sendoff, with a two-hour finale which promises to bring the Stonemore Medical case to a close, but not before Rebel’s (Sagal) personal life becomes an unwelcome distraction. At 8/7c, ABC News presents The Real Rebel: The Erin Brockovich Story, a special edition of 20/20 profiling the activist who inspired the character of Rebel. The special follows Brockovich back to Hinkley, CA., where she helped expose the connection between the town’s contaminated groundwater and the Pacific Gas & Electric energy company, resulting in a $333 million settlement.

Still awaiting word on a fourth-season renewal, the sci-fi drama wraps its third with a two-hour finale, promising more twists and questions that may or may not get answered. After the Stone family’s reunion with Olive (Luna Blaise) is tainted by Cal (Jack Messina) running away, Michaela (Melissa Roxburgh) joins Zeke (Matt Long) in trying to stop one of the Flight 828 passengers from doing something deadly.

Keeping Up with the Kardashians

The overexposed influencers end their run on E! after 20 seasons, but their reality-TV reign isn’t quite over. They’re just moving their brand over to Hulu for “new global content” in the future. In case you were worried. 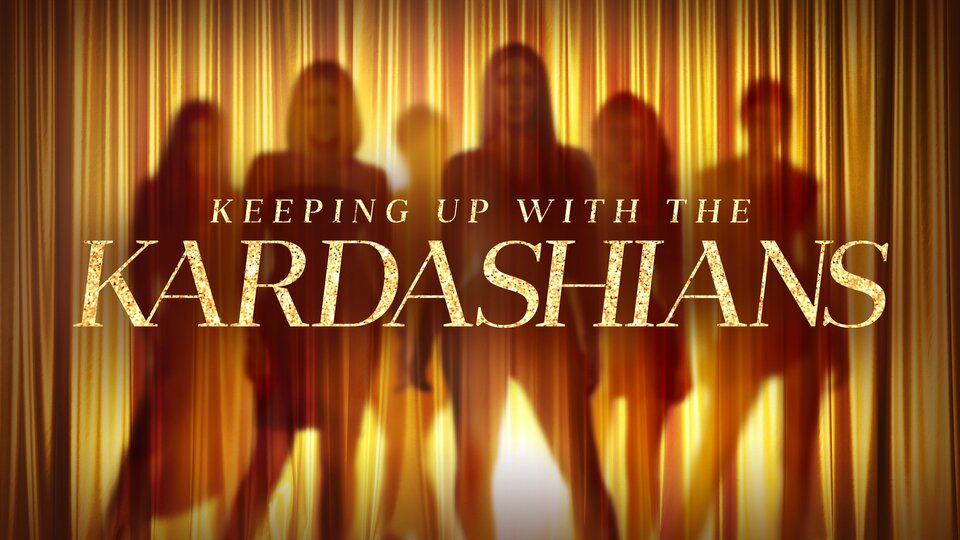 As if to remind us that life goes on after TV shows go away, a four-part event series brings together cast members of beloved TV shows to reminisce with behind-the-scenes memories. First up: All My Children stars Rebecca Budig, Cameron Mathison, Eva LaRue and Jacob Young look back on the iconic ABC soap opera when they meet up at a Hollywood mansion. Famous co-stars Susan Lucci, Kelly Ripa, Debbi Morgan and others pop in as well. Reunions in the weeks to come include the original Fab Five of Queer Eye for the Straight Guy and ensemble members from A Different World and Scrubs. 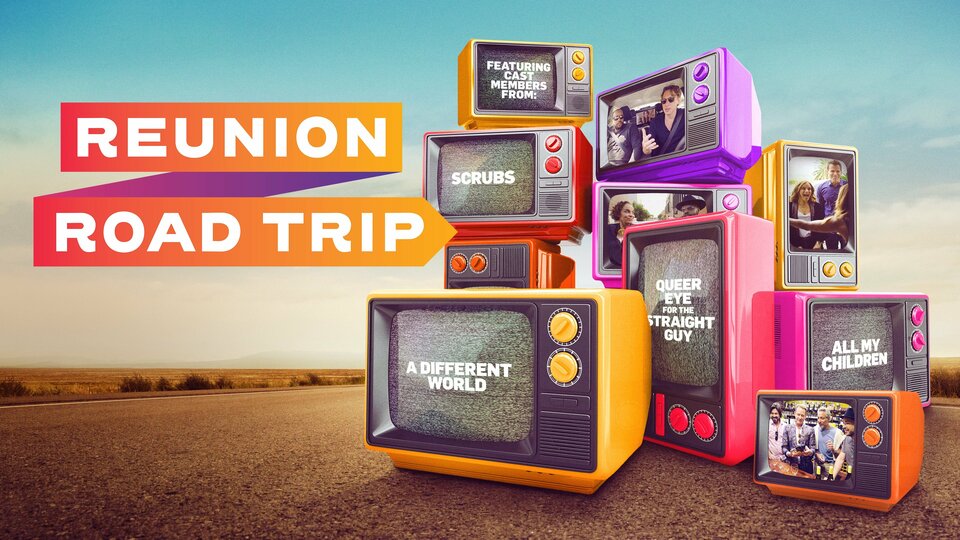 NBA All-Star Dwyane Wade hosts the latest over-the-top game show based on a U.K. format. This involves teams of two performing physical and mental challenges within a giant plexiglass cube—at least it doesn’t throw them around like the Mental Samurai robot. With each fail, one of nine “lives” is lost as they try to complete seven challenges and win $250,000. If they get stuck, they can ask for a one-time simplification of the task and also get a one-time assist from Wade himself. But even he may not get the last word against a Cube that regularly taunts the humans: “I am not customer support,” he reminds a couple that begs for mercy.

The gripping Silence of the Lambs sequel brings its heroine, FBI Agent Clarice Starling (Rebecca Breeds) into the belly of the beast when she comes face-to-face with the villains within Alastor Pharmaceuticals who contrived to murder whistle-blowers and fake the methods of a serial killer as a cover-up. But who’s the real Big Bad: slimy lawyer Joe Hudlin (Raoul Bhaneia), who once tried to kill her, or his boss, powerful and well-connected CEO Nils Hagen (Peter McRobbie)? While the agents confront the suits, intrepid accountant Julia Lawson (Jen Richards) plays Nancy Drew, risking her life to get damaging Alastor files to the feds before they’re purged during a corporate merger. The suspense is tremendous as you remember just how long it took to use a fax machine back in the day.