The Sportsrush
Share on FacebookShare Share on TwitterTweet
RR vs RCB Man of the Match: The wicket-keeper batsman from Royal Challengers Bangalore was awarded with the 'Man of the Match' award. 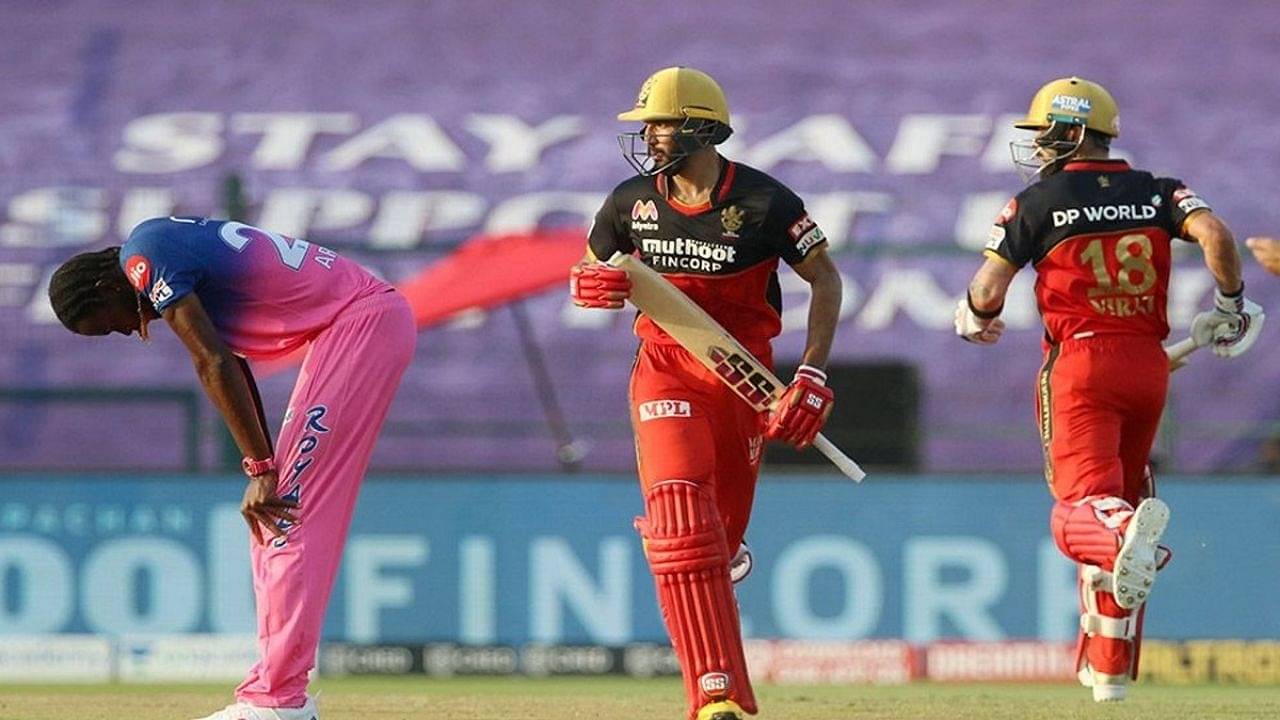 Winning the toss and electing to bat, Rajasthan captain Steven Smith led from the front to score 57 (36) with the help of six fours and a six to propel his team to 177/6 in 20 overs.

For RCB, all-rounder Chris Morris registered brilliant bowling figures of 4-0-26-2 to be the pick of their bowlers. Morris, who has been consistent in this IPL for Bangalore, dismissed batsmen namely Ben Stokes (15), Jos Buttler (24), Smith and Jofra Archer (2).

Other than Morris, spinner Yuzvendra Chahal was also among the wickets with bowling figures of 4-0-34-2.

RR vs RCB Man of the Match

While a 79-run partnership for the second wicket between opening batsman Devdutt Paddikal (35) and captain Virat Kohli (43) laid the foundation for Royal Challengers, it was wicket-keeper batsman AB de Villiers’ 37th IPL half-century which sealed the chase in the last over.

Having scored 55* (22) with the help of one four and six sixes in a match-winning 77-run partnership alongside Gurkeerat Singh Mann (19 not out) including three consecutive sixes off Royals pacer Jaydev Unadkat in the penultimate over, de Villiers was awarded the ‘Man of the Match’ award and rightly so.