Snowflake shares more than double. It's the biggest software IPO ever

CNN
Share on FacebookShare Share on TwitterTweet
Snowflake, a cloud data warehousing firm that has the backing of Salesforce and Warren Buffett's Berkshire Hathaway, is set to go public in what stands to be the biggest software IPO ever.
Snowflake priced its initial public offering Tuesday night at $120 a share — well above the expected range of $100 to $110. That price range was revised upward from the original expectation of $75 to $85 a share earlier this month. It now trades on the NYSE under the ticker symbol "SNOW."
But demand was so strong that shares finally wound up opening early Wednesday afternoon at $245 a share and quickly climbed above $300, for a 150% gain. Shares pulled back a bit as the day wore on but still finished the day with a nearly 112% gain.
The company sold 28 million shares and raised nearly $3.4 billion from the IPO. The impressive debut makes Snowflake the largest software IPO ever, easily topping the 2007 IPO of Dell (DELL)-backed VMWare (VMW), which raised nearly $1 billion.
At its closing price of just under $254, Snowflake is valued at $70 billion.
That makes Snowflake, which was founded in 2012, worth more than established companies in the S&P 500 like Bank of New York Mellon (BK), Hershey (HSY) and Allstate (ALL), as well as Dow components Walgreens (WBA) and Travelers (TRV).
No clouds on the IPO horizon
Still, the Snowflake debut doesn't come close to making the ranks of the biggest IPOs of all time.
According to research from Renaissance Capital last year's debut of Saudi Aramco is the largest, raising nearly $26 billion. The Uber (UBER) IPO in 2019 raised more than $8 billion too -- and that makes it just the 25th largest IPO ever.
Snowflake is one of several buzzy "unicorn" startups that had been expected to go public before the end of 2020, a list that also includes Airbnb, Palantir and DoorDash. Another smaller software tools developer, JFrog, also went public Wednesday and did well: Shares rose nearly 50% from their IPO price.
Snowflake helps blue chip companies analyze and share data in the cloud.
The company said in its most recent regulatory filing with the Securities and Exchange Commission that it now has more than 3,100 customers, double the total from a year ago. That includes 146 of the Fortune 500 firms.
Snowflake CEO Frank Slootman and other company executives are among the top individual investors in the company. Prominent venture capital firms Altimeter Capital, ICONIQ Capital, Redpoint Ventures, Sequoia and Sutter Hill also own significant stakes in the company. 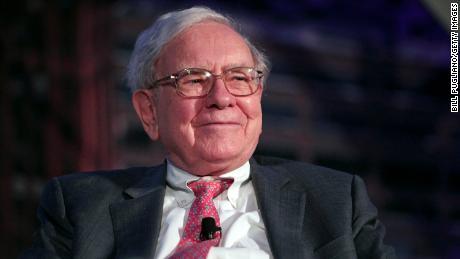 Snowflake disclosed last week that Salesforce, the cloud giant that was recently added to the Dow, and Buffett's Berkshire Hathaway would each buy $250 million in Snowflake stock in a private placement following the IPO.
The partnership with Snowflake could help Salesforce compete even more effectively against the Amazon (AMZN), Microsoft (MSFT) and Google owner Alphabet (GOOGL). Snowflake competes with Amazon's AWS, Microsoft's Azure and the Google Cloud platforms.
Berkshire's investment marks a rare foray by Buffett into the world of tech startups. Berkshire tends to invest more in mature companies like Apple (AAPL), which is now the top holding for the "Oracle of Omaha." Berkshire also made a bet on Amazon last year.
Snowflake is not a typical Berkshire play, because it is not yet profitable, even though sales are growing rapidly.
Revenue more than doubled in the past six months, to $242 million. But the company posted a net loss of $171 million, slightly less than the loss it posted in the same period a year ago.
Similar shots
News Archive
This week's most popular shots
Topics of the week
Snowfall warning Tyre Nichols Bengals Bubble tea Oscar Nominations 2023 Bobby Hull Hazel McCallion died TV shows with Annie Wersching Super Bowl 2023 Bo Horvat
Hot topics