Sportsnet.ca
Share on FacebookShare Share on TwitterTweet
Sandin's stalled contract negotiations has given free-agent signings Victor Mete and Jordie Benn the opportunity to make an impression on the blue line for the Maple Leafs.

TORONTO – William Nylander shares more than an agent, a friendship, and a national flag with Rasmus Sandin.

Nylander understands precisely what it feels like to sit and wait an ocean away while the Toronto Maple Leafs open training camp and roll along without you. And how much the occasional check-in from a busy teammate meant to him.

So, Nylander has made a point to stay in touch with Sandin throughout the 22-year-old’s contractual stalemate.

“I talked to him (Friday) morning just to see how's it going. Hopefully, something will be figured out soon,” Nylander says.

“Obviously, he wants to be here. I mean, I was in the same spot, and all you want to do is be here. So, hopefully that gets sorted out shortly.”

Sandin is an MIA RFA whose fate is TBD.

The sides are talking, which is something, we suppose, considering negotiations spent summer in a rut. Yet even with decent comparables of various term lengths on paper (Liljegren? Mikey Anderson? Erik Brannstrom?), the bridge remains under construction.

“He is an important player for us, and we hope to have him here as soon as possible,” general manager Kyle Dubas said Wednesday. “That is all I will say.” 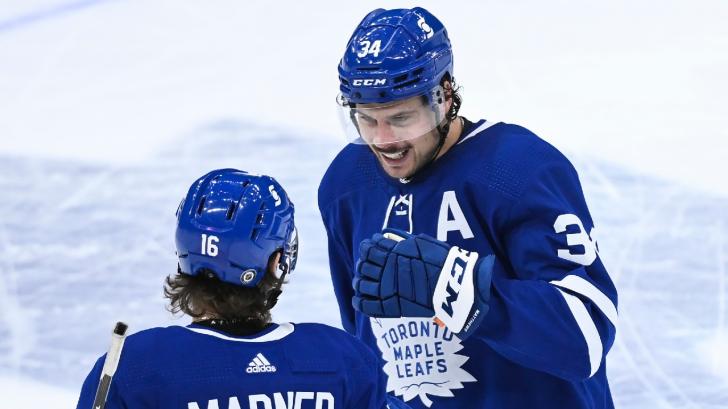 The landscape Sandin could return to has altered.

Injury-plagued veteran Jake Muzzin (back soreness) has yet to make an on-ice appearance in training camp. (After four days off, all eyes will be looking to see if Muzzin returns Monday.) And Timothy Liljegren (hernia) has been sidelined six weeks.

Depending on your angle of view, the Leafs’ battered blue line could incite action on Dubas’ part to bring in a healthy talent. But it should also spur Sandin.

Because if he doesn’t gobble up those freed-up shifts, someone else will.

Enter Victor Mete and Jamie Benn, two left-handed NHL defencemen who signed one-year, $750,000 contracts as UFAs with Toronto over the summer in anticipation of an opportunity just like this.

“We were looking for some right-handed depth (in free agency), but we like these guys better than some of the other options,” coach Sheldon Keefe says.

Sandin has Mete and Benn beat when it comes to youth and potential and first-round pedigree.

But both Mete (236 GP) and Benn (595) have more big-league experience than Sandin (88). Both are comfortable playing the right side. And both are present.

They skated as partners in the Leafs’ exhibition loss to the Ottawa Senators Saturday night.

“Both have been really good. They just look like guys who play in the NHL, which is really what they were signed for — additional depth for us,” Keefe beams.

“They look to be on a higher level than some of the other guys out here, some of the other depth options. There's a separation there, for sure, between them and some of the guys that don't have that same experience. So, it just goes to show why we added guys like that.

After throwing Mete onto the power-play Friday out of necessity, Keefe said the playmaking 24-year-old sparked a discussion amongst his staff.

“Mete was a real standout for us in that regard. It was somewhat eye-opening for us. Because we weren't necessarily thinking of it in that light,” Keefe says. “That was really positive. I really liked his ability to step in and do that.”

Benn, 35, is a nuts-and-bolts defender who can pinch in on the PK, execute a boxout, and lay a hit without a blink. His game is simple and hard, intelligent and calm. A low-maintenance body happy to plug holes.

"I've watched the Maple Leafs, and I've hated playing against them. And I kinda wanted to be on this side of things for once,” Benn says. “The big guys here will log the big minutes, and I can just take some minutes and be physical. It'll be good.

“Whatever the coaching staff needs me to do, however minutes they want me on the ice for, I'm just gonna come in with an open mind and work as hard as I can.”

The cases for Benn and Mete were boosted by a couple of elite references before they received offers in Toronto.

The former has a sturdy relationship with former Dallas Stars teammate Jason Spezza, now serving as an assistant to Dubas. Spezza’s voice carried significant weight toward making the match.

The latter is a Woodbridge, Ont., kid, tight with Mitch Marner dating back before their London Knights days.

Because Mete signed on July 14, the day of his rehearsal dinner, a bunch of wedding gifts came emblazoned with the Leafs logo.

"We were celebrating a lot of things that night," says Marner. "A lot of happy Leaf fans in that room, I'll tell you that."

Management asked Marner for a Mete scouting report during the recruitment process.

"He's such a smooth skater up and down the ice, and that works really good with our lineup," Marner says. "Our playing style is to have a lot of people join the rush and make plays on it."

Mete believes his instincts suit the Leafs: “I like to move pucks quickly. And if you can get them up to the forwards they have here, they can make something happen.”

Depending how things go with Muzzin and Liljegren — and, more pointedly, Sandin — Mete and Benn position themselves to make something happen themselves.

Stalemates are never fun, but at least the Maple Leafs are getting a peek at their depth. And maybe there’s one positive in this for Sandin, too.

“I mean, he got to skip the skating test,” Nylander says, flashing a smiling.

“Maybe he'll have to do it when he gets back. We’ll see.”

• If the Maple Leafs plan to unveil a new goal song after four years of “You Make My Dreams,” they won’t do it in exhibition. Hall & Oates blared six times Saturday at Scotiabank Arena, as Toronto split Ottawa in preseason action, winning the matinee 4-1 and dropping the nightcap 4-2.

I’ve long been in favour of personalized goal songs. Matthews’ tune seems like a no-brainer.

• Calle Järnkrok scored twice (and came within a rung post of a hat trick) in his first appearance as a Maple Leaf, playing both special teams and reaping prime offensive shifts alongside Auston Matthews and Michael Bunting.

“I don’t know if there’s a better way to come into a new team and feel part of things,” Keefe says. “But also, I think he has the skillset to be able to play (in the top six).”

Keep shooting like this, and he’s a strong candidate for the second-line left wing spot beside John Tavares and William Nylander.

• Before hitting the gym this summer, Justin Holl — scorer of the NHL’s second preseason goal —explored Paris and Italy.

“I'm actually not a wine guy,” Holl admits. “I think it was slightly insulting to some Italians.”

The winger has switched to a tinted visor because he was suffering from eye migraines throughout last season. So far, it’s helping.

The seventh-rounder made a little noise with Belleville last season. A 21-year-old right shot with vision. Unprompted, coach D.J. Smith made a point of saying Guenette did plenty of good things on the ice.

• The more I watch, the more I believe Zach Aston-Reese is making the Leafs. Good sign: he’s wearing No. 12, not some linebacker training camp number. Better sign: he finishes checks hard and makes the simple, smart play.

“A lot of his game is not going to really jump out to you unless you're really watching closely for the detail and structure that he plays with,” Keefe says. “He had a real strong game today.”

“All I can do is control what I can do, right? And that’s go out there and work my butt off every shift,” Simmonds says.

• Wonder what went through Adam Gaudette’s mind when he skated out for PP1, looked around and saw Nylander, John Tavares, Mitch Marner and Mark Giordano.

• Dylan Ferguson may be on a PTO, but “Fergy” he already has a custom-painted Leafs mask. He and Ilya Samsonov combined for 60 perfect minutes in their Leafs “debuts.”

• Keefe arrived at Scotiabank Arena shortly after 6 a.m. Saturday morning. By the time Game 1 wrapped, the coach said it felt like 10 p.m. “Haven’t seen daylight yet.”

His workday was only half complete.